A shock arrestor is a pressurized air chamber that when installed in the pipe system, it absorbs the initial shock and reduces the shock pressure to a controlled level. When the shock has been absorbed by the arrestor, the shock wave is eliminated.

In order to work properly, the shock arrestor needs to be pre-charged. Such pre-charge pressure should be set equal to the system working pressure (City Pressure + Boosted pressure).

The surge arrestor sizing is based on the length of the pipe line, the diameter of the pipe and the flowing water pressure. The chart below lists common applications and size selection. Larger arrestors are available in the market for larger systems and should be sized on case by case scenarios. 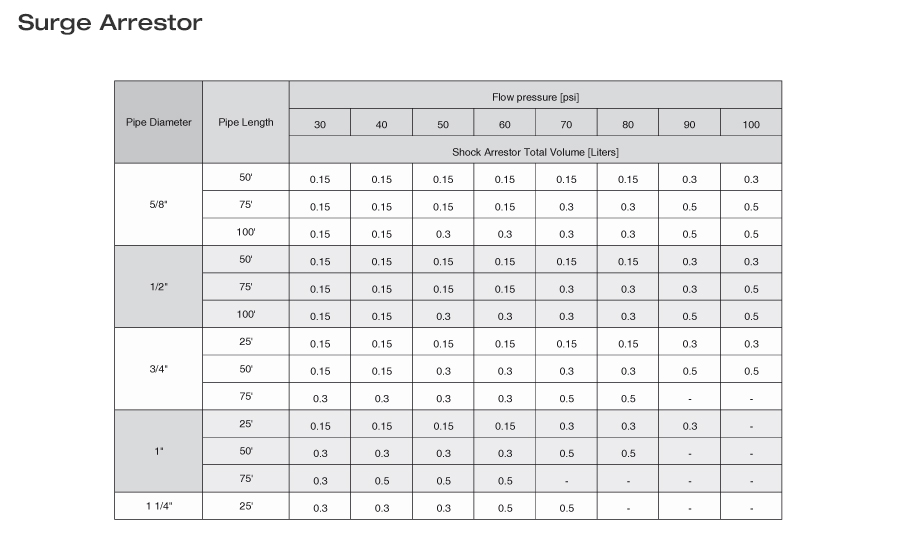 Take a look at these similar or related products